A Failed Legacy: The Dangers for Insurers

Legacy IT systems are the largest cost that many organisations face today. This issue affects many markets – most obviously the banking and investment industries – with the insurance industry following suit.

The research firm Celent predicts that insurance IT spend is expected to be around $180 billion U.S. in 2016. They also predict that 60% of this number (or $108 billion) will be spent on legacy maintenance alone. To put that in perspective, the IT departments of the world’s insurers would rank as the 56th largest “nation” (GDP).

An unmanaged legacy landscape can impact the cost base of an organisation in areas other than IT. Operational costs invariably grow in proportion to the number of legacy systems in place. As the consulting firm McKinsey says, “A fragmented legacy IT landscape is often a root cause for failing to leverage economies of scale, driving high IT costs as well as mushrooming operational costs”. 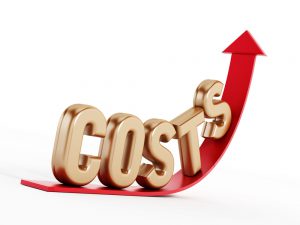 Such an environment can expose an organisation to unacceptable risk. Moody’s recently reviewed what makes insurance companies fail, and one of the primary reasons was that some insurers did not know their pricing models. To avoid “selling a large number of policies at inappropriately low prices, an insurer will need to have systems and controls in place to quickly identify and address cases where the pricing algorithm is underpricing risks”, says Moody’s.

The Danger of Inaction

The fact that so much is still being spent on legacy maintenance, and that so few legacy consolidation programmes have been initiated in the life and pension space suggests that this issue is not being properly addressed. Legacy failings in other industries show the danger of inaction.

A Computerworld report on the failure in Australian healthcare found that, “CorpTech’s failure to address legacy systems in 13 different government departments… (was) a key failing of Queensland Government’s shared services model”.

In the UK, the Financial Conduct Authority (FCA) regularly issues record fines to banking or financial organisations – HomeServe was fined £30m for legacy system failings, NatWest paid £42m and The Royal Bank of Scotland (RBS) was hit with £56m. The Mail on Sunday reports that, “Crashing computer systems at Britain’s top banks could see the industry hit with massive fines from regulators and an exodus of customers.”

In the investments industry, spreadsheet errors were said to be the main cause of JP Morgan losing $6.2 billion U.S. in the ”London Whale” incident.

Legacy modernisation and BPO are partial answers, but neither truly addresses the issues caused by multi-system fragmentation and duplication of information. The issues that caused such spectacular concerns for organisations such as JP Morgan were caused by the fragmented nature of the legacy environment.

BPO is a valid answer to valid business problems, but in terms of addressing legacy, you are basically moving the problem from one location to another.

Legacy consolidation, in tandem with legacy modernisation, is the only way to ensure that the problems caused by data ignorance, fragmented systems and an inability to supervise one’s own processes, are mitigated.

A winning strategy for insurers includes identifying modern systems to work with, incorporating consistent and documented processes, using repeatable and provable data migration strategies, and building the framework that gives quick and easy access to the information stored within that legacy environment.

Insurers can learn from other industries, such as banking, that have experienced the pain and impact of legacy IT failure. The time is now for insurance companies to rid themselves of a painful legacy…

Jeff Denham is an experienced insurance professional with over 25 years of experience in the pensions industry, working with a range of UK and Canadian retirement specialists in advisory and operational roles. Most recently, he has worked on major retirement legislative changes in the UK.