The Wall Street Journal published an interesting article a while back detailing various entities’ reactions to the Labor Department’s Fiduciary Rule and its impact on retirement accounts and recordkeepers. Two sections jumped out at me (my emphasis added in bold).

The first explained that the Securities Industry and Financial Markets Association (SIFMA), “has spoken out against the rule on numerous occasions since it was proposed last year, saying it was a costly burden on firms and would curtail small-balance retirement savers’ access to financial advice.”

And Bing Waldert, managing director at Cerulli Associates, explained that the implementation extension contained in the rule’s final version “takes a little pressure off broker-dealers. The challenge of this was going to be that if you are Merrill Lynch or LPL, or another large broker-dealer, this was going to dominate anything you did over next eight months. You would have had to direct all of your technology and project management resources to complying with this rule.” 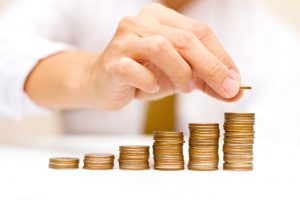 It’s amazing when you stop and think about it: the original version of the rule would have required defined contribution providers and recordkeepers to direct massive amounts of money, resources and time over a period of eight months toward implementing a rule that would not improve their bottom line. Although the final version offered a larger implementation window, it still demanded significant resources and time from providers.

This is of course just one example of many. Providers seem to be constantly spending money and utilizing resources on IT projects designed to comply with ever-changing regulatory decrees. These IT projects can cost millions of dollars and many months – if not years, in some cases – to implement. These aren’t core business projects that help carriers improve their businesses, provide a competitive advantage or improve customer loyalty – they are simply part of the total cost of ownership (TCO) to be in the defined contribution business.

It is time for recordkeepers to modernize their core systems. Systems that are dependent upon massive amounts of manual work and re-work simply aren’t able to cope with the changes produced by today’s regulations, which makes such regulations more costly and time-consuming for retirement services providers with legacy systems.

Today’s recordkeepers require the ability to rapidly, easily and automatically create and adjust plans to meet specific regulatory and customer requirements. This should include autonomous configurability via a business-friendly interface that does not require IT intervention, or complex scripting and coding. A modern system will enable recordkeepers to grow, adapt and continually comply as regulatory, as well as business and customer demands, evolve.

A modern system doesn’t completely remove the sting of new regulations, but it can greatly lessen the cost and resource investment. Join Sapiens at the SPARK Forum – the retirement services industry’s leading event for the nation’s top marketing, sales, administration and recordkeeping professionals – to learn more.

Scott Palmer is the head of Sapiens’ U.S. Retirement Services business. He previously worked at a major North American mutual company, where he was responsible for the creation and execution of a comprehensive, multi-year IT strategy and business transformation.