Google officially rolled out its auto insurance comparison site in the state of California last week. With Google Compare, customers can instantly compare auto insurance plans via Google’s search engines and then complete a purchase. “MetLife Auto & Home, Mercury Insurance, Kemper Specialty, and 21st Century are among the 14 carriers launching on the platform,” according to an article by Nathan Golia in Insurance Networking News.

Google is already licensed in 26 American states to sell auto insurance, according to Reuters. And Google Compare has been operating in Britain for two years. The 14 carriers have decided it is in their best interest to collaborate with Google, who for the moment is acting as an aggregator (Google has partnered with CoverHound, another aggregator). These insurers are hoping that a partnership with the king of search and user analysis will boost sales.

Google is drawing attention in the American P&C insurance market.

Other insurers and industry analysts have expressed skepticism.

D. J. Rodrian, a second-generation owner of Rodrian Insurance in Brookfield, Wisconsin, showed some concern a while back in The New York Times. “It should worry any agent when a megacompany like Google, with all the personal information that they have about people, is getting into your industry,” he said.

The same Times article quotes Ellen Carney, an insurance analyst for Forrester Research, as saying that the 40,000 agencies in the U.S. could be reduced by a quarter as a result of giants such as Google moving into the online insurance comparison business.

Jonathan Camhi and Nathan Golia, also writing in Insurance Networking News, quote Andrew Rose, CEO of Compare.com, and Carney on the potential danger to insurers of Google having access to large amounts of insurance data. “Historically, Google likes to keep that data and use it for themselves,” said Rose. Carney also foresees a competitive issue for insurers:

Google gets some interesting data they didn’t have before about risk, specifically how is the same risk priced or rated or evaluated differently by different carriers, and why…They could become an insurance company if they want to, and this is a way they would collect information.

Carney speculates that Google’s end game may be to become an actual insurer, as part of its program to develop autonomous vehicles. And Rose raises the possibility that large insurers will be hurt when Google Compare inevitably receives a top spot for Google search results.

Meanwhile, we seem to be witnessing the beginning of a trend. Walmart entered the health insurance market not so long go by allowing its shoppers to enroll in health plans at its more than 4,000 stores. And last April, it joined up with Autoinsurance.com to help shoppers quickly find and buy auto insurance. There has also been persistent speculation about Amazon exploring an entrance into the insurance market.

Adapting to a New Reality

How should insurers adapt to this changing reality, which is still mostly at a brokerage stage? Some have already decided to partner with Google and other giants, hoping a prominent new program will significantly increase sales.

Regardless of their particular stance on this issue, all insurers would benefit from leveraging their existing advantages: long-term customer relationships, a proven history of success and stability in the market, and their deep understanding of the insurance business and complex local and national regulations.

At this stage, Google can’t equal the industry expertise and customer relationships that have been acquired by insurers over the long haul. It is also time for insurance carriers to fully embrace a customer-centric approach, by offering a complete omni-channel experience and using the data culled from The Internet of Things to provide personalized and tailored offers and services. Markets evolve, and so must insurance providers. 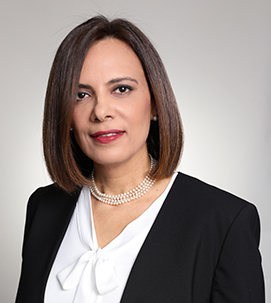