Pawel Stefanski, value creation executive with IBM Global Insurance Industry, said insurers can’t continue to lag behind other industries when it comes to their digital transformation at the recently concluded Sapiens ALIS Conference in Boston. I can relate…

A year and a half ago, I started displaying some worrisome symptoms. I won’t bore you with the details, but I was sent for a battery of relatively expensive tests over the course of a 10-day hospitalization.

Eventually I was diagnosed with a spinal cavernoma (yeah, I didn’t know what that was, either). While I was focusing on quickly recovering, my dedicated wife was spending long hours on the phone with my health insurance provider. “Phone” is the key word in that sentence. Despite our digital lifestyle, it was virtually impossible to obtain a clear picture of medical options, costs and next steps without dialing a phone. 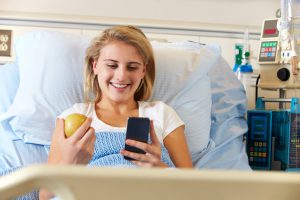 Maybe you are thinking, “Sure, digital health insurance would obviously be good for consumers. But what about the providers? Won’t digitalization require an expensive upgrade that drives up their costs?”

A McKinsey survey of more than 30 leading U.S. and European property and casualty and life insurance carriers found that the shift to digital would actually reduce costs, and perhaps less surprisingly, improve performance. Tanguy Catlin, Pradip Patiath and Ido Segev from McKinsey described the benefits in a March 2014 blogpost featured on the Harvard Business Review Blog Network.

Based on our experience, a thoughtful digitization program can deliver up to 65 percent in cost reduction, a 90 percent reduction in turnaround time on key insurance processes, and improve conversion rates by more than 20 percent.

The study included P&C along with life insurance, but it seems obvious that my health care provider could have saved money and provided a better customer experience if my wife had been able to quickly assess my situation and options via an app on her mobile phone or tablet, without tying up representatives for hours. And yet the survey found that most insurers focus their digital efforts on marketing and sales, and 39 percent “had not articulated a digital strategy across the customer decision journey at all.”

One company that has clearly articulated its digital strategy is Oscar. The startup, which has made its services available in New York and hopes to revolutionize healthcare, bills itself as, “A new kind of health insurance company that is using technology to make insurance simple, intuitive, and human. In other words, the kind of healthcare we want for ourselves.”

Writing for Tech Forecast, Neal Ungerleider noted the potential appeal of Oscar in an article entitled, Oscar is a health insurance startup for digital natives. “Oscar’s product seems tailored toward the tech community and, well, young people. Oscar offers a web- and mobile-friendly aesthetic designed to make the insurance experience smoother for plan members, even if their network isn’t as robust as the competition.”

It remains to be seen how successful Oscar will be. But regardless, the digital trend is here to stay for both upstarts and traditional health insurance providers – consumers want digital access and it makes sense for carriers. Modern software providers already offer systems that support carriers in their journey to digitalization so they can compete effectively.

Health insurance providers who fail to quickly adapt will end up harming the health of their business.

Eric Danis is a senior content specialist at Sapiens who manages Sapiens Spotlight and writes original posts. When not creating and editing content, or thinking about the Boston Celtics, Eric enjoys spending time with his wife and three energetic children.