The Case to Replace

The Decision to Replace Isn’t Trivial

Deploying a new property & casualty (P&C) policy administration system (PAS) represents a significant investment of time and capital. It’s usually a once-in-a-generation move that insurers fear could disrupt their day-to-day business and cause growing pains. Even in today’s world of digital technology, it’s not uncommon to see carriers handling day-to-day operations on decades-old systems. The pain of replacement is perceived to be that acute.

Fortunately, it doesn’t have to be. With the right solution, migration and deployment can be accomplished relatively simply, making it possible to quickly go digital and transform.

Knowing When to Pull the Plug 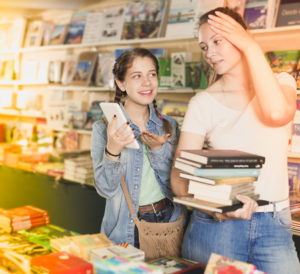 How do you know when a PAS is ready for replacement? If your organization answers “yes” to one or more of the following questions, the time is soon (if not now):

It’s important to avoid the “sunk cost” fallacy. Just because significant amounts were invested preparing a PAS to support web applications, for instance, doesn’t mean it will serve your organization well tomorrow. Pulling off the band-aid is never enjoyable, but it’s sometimes necessary.

Once it becomes evident that the existing policy admin solution is no longer viable, it’s time to identify a replacement. Most carriers accomplish this through a closed RFI/RFP process, narrowing a wide list of potential vendors down to a manageable amount, then making the final decision based on in-person visits and proofs of concept.

The wider insurance ecosystem is of vital importance today. It’s important to consider a vendor’s insurtech and third-party partners, as well as a potential PAS’ ability to quickly integrate third-party solutions.

It’s also worthwhile to look beneath the surface.

John Pettit is the head of Sapiens’ North American P&C Insurance Platform, with nearly two decades of experience in the P&C insurance market. He previously served as the founder, CEO and president of Adaptik Corporation, a North American insurance software firm that was acquired by Sapiens.
More Posts
<<Back to Blog