The Internet of Things’ Big Impact

The insurance industry has been talking and speculating about the potential of the Internet of Things (IoT) for a long time, but finally this new era is beginning to seriously change the market.

According to Insurance Networking News, Novarica looked at the IoT initiatives of 20 insurers and found that IoT is already impacting the carriers’ data collection, the customer/agent experience and pricing.

“At some point in time the entire value chain including product, underwriting, pricing, risk assessment, service and claims handling will all be impacted by IoT,” said Mitch Wein, vice president of research and consulting at Novarica.

“As these technologies evolve, there will be a reduction in cost to policyholders and insurers. Insurers should be actively monitoring the potential of IoT and considering how their core systems and processes will handle this additional wealth of data.”

Usage-based insurance (UBI) is a good example of an IoT program that has majorly impacted property and casualty (P&C)/general insurance (GI) carriers. Jahangir Mohammed, the founder and CEO of the Internet of Things company Jasper, wrote a guest column for Forbes that featured UBI as a prime example.

Telit Wireless Solutions, an IoT enabler, recently partnered with Agnik, a distributed data analytics software company, to collaborate on IoT apps in the auto, home and health industries. Interestingly, both companies possess existing software platforms for insurance telematics, according to Chris McMahon of Insurance Networking News. The press release announcing the merger notes the potential of IoT to change how businesses relate to the home, with solutions now helping to maintain home security and occupants constantly using wearable health technology.

We’re seeing increasing interest among insurance carriers in the smart home or smart facility type of opportunity, where a growing collection of home automation devices, from internet cameras and motion sensors to gas and water leak detectors, is providing data and insights that can inform insurance products as well as value-added services that helps shift the conversation from insurance to protection.

Across almost all industries, customer data is crucial for the ownership of customer relationships.

You may be wondering how insurance customers feel about IoT? Isn’t it an invasion of their privacy? Actually, research by Accenture found that customers are looking forward to sharing if they are given the right rewards.

“Our Digital Insurer Claims Customer Survey for 2014 finds that the majority (77 percent) of insurance customers would be willing to provide personal information if that enabled the carrier to reduce their premiums, speed up their claim settlement or help them manage their risk.”

The Accenture survey also found that insurance customers are most willing to let their P&C insurer have access to their mileage, vehicle maintenance information and driving habits. Home insurance customers said their providers could know about energy consumption, and smoke, carbon monoxide and motion detection.

Not a Simple Thing

Although the Internet of Things era is already here, some insurers are finding it difficult to adjust, shackled as they are by their existing platform. It’s hard enough to capture/process billions of new data points. Only insurers with a 360 degree view of their customers and complete visibility will be able to reap maximum benefit from the newly gleaned information. Insurers must possess the flexibility and agility to act on this new level of understanding by releasing new products and offers quickly to market. Customer-centric and proactive insurers are mostly likely to survive in the brave new world of the Internet of Things. 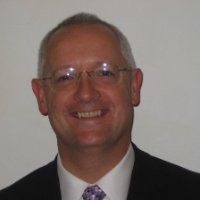 Tim Crossley, a business development director for Sapiens, has spent the last decade in new business sales working closely with senior executives in insurance companies and service providers across EMEA.