While life insurers and other sellers of annuities await the Department of Labor’s fiduciary rule, the National Association of Insurance Commissioners has drafted a proposal for a best interest standard. The proposal, titled “Suitability and Best Interest Standard of Conduct in Annuity Transactions Model Regulation,” includes revisions to the NAIC’s suitability standards to make them inclusive of best interest standards. 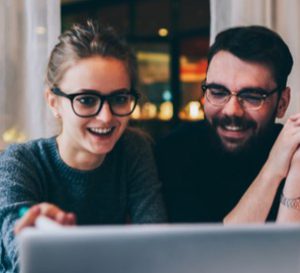 The NAIC’s proposed best interest standard will be applicable to all negotiations and sales of annuities. When issuing an annuity, the seller will exercise “reasonable diligence, care, skill and prudence in a manner that puts the best interest of the consumer first and foremost.” The proposal further states that the seller “must receive no more than reasonable cash compensation” for the sale of the annuity. In addition, the proposal outlines new disclosure requirements that carry additional burden to insurers, as the result is more paperwork and additional filings.

The NAIC invited comments to its proposal and received multiple responses. Responders included the American Council of Life Insurers and other trade associations, consumer advocacy groups, legal entities, and others submitted feedback and requests to revise the proposal. The NAIC is expected to release a revised proposal in the coming weeks.

Among the insurers to submit comments to the NAIC’s proposal is Western & Southern Financial Group (W&SFG). W&SFG is a member of the Insured Retirement Institute (IRI) and the American Council of Life Insurers (ACLI) and states in its comments to the proposal that it generally supports the IRI and ACLI comment letters regarding the NAIC proposal. W&SFG submits its own comments “to emphasize issues of particular concern to our businesses and customers.”

The W&SFG comment letter, as well as the NAIC’s proposal and other comment letters, can be read in its entirety on the NAIC website. The eight-page letter from W&SFG elaborates on the following key revision requests:

While we await the revised proposal from the NAIC and the final content of the DOL rule in July, it is natural that we ponder our strengths and vulnerabilities with regard to being prepared for these and other disruptive changes to our industry. The suitability issue alone can mean operational and procedural changes throughout an organization and how it interacts with its customers, and many insurers are likely to be challenged by limitations imposed by their point-of-sale software.

Sapiens provides solutions to equip life and annuities organizations with the tools they need to respond to change, both near- and long-term. Our LifeApply e-application software makes it easy to configure suitability questionnaires and ancillary forms and collect electronic signatures. Life Portraits from Sapiens provides product illustrations, including needs analysis, and enables true straight-through processing to an insurer’s underwriting and policy administration system(s).

Sapiens is confident that our customers can quickly adapt to new point-of-sale regulations and standards using Life Portraits and LifeApply, including new suitability and best interest standards.

We noted as we read the many comment letters in response to the NAIC proposal that such changes, if implemented, open insurers up to a host of potential vulnerabilities. Don’t add software to that list. Be sure you are investing in software that can help make changes easier and faster rather than require workarounds, code changes and complex development projects. Because regardless of how the NAIC revises its proposal or what the final DOL rule will be, one thing is certain: Change is here to stay.