A recent article in The New York Times warned that many of the world’s biggest companies fear that climate change will substantially affect their profit margins within the next five years. It also notes that insurers could be the trigger for an economic slow-down.

“Last month, the European Central Bank warned that a spate of severe weather that caused major losses for insurers, or an unexpectedly rapid shift by investors away from fossil fuels could hit the balance sheets of unprepared banks and potentially destabilize the financial system.” 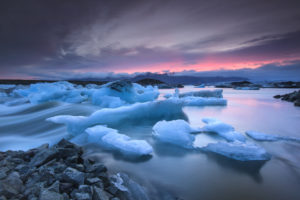 California government officials and insurance companies can relate. That state was rocked by three wildfires in late 2018 that destroyed 19,000 homes and businesses, costing many billions of dollars. The effects of climate change could eventually escalate to the point that insurance would become too expensive for most people, according to an article in The Guardian.

“The sector is concerned that continuing global increases in temperature could make it more difficult to offer the affordable financial protection that people deserve, and that modern society requires to function properly,” said Nicolas Jeanmart, the head of personal insurance, general insurance and macroeconomics at Insurance Europe, which speaks for 34 national insurance associations.

How will insurers cope with these hardships? They can divest from companies that are not considered environmentally friendly, such as fossil fuel companies. Another option is to pull coverage from hard-hit geographical regions (tornado and wildfire-prone areas, etc.).

But an interesting article in CSRwire by Francesca Rheannon (which was reprinted in Reuters) notes that some insurers and reinsurers actually view climate change as an opportunity:

European companies like Swiss Re and Munich Re see climate change as a business opportunity – and a chance to move the global needle forward on mitigation and adaptation.

Approaches can range from the relatively modest – like discounts for individuals and companies that use clean energy – to programs that create transformative innovations in the industry. One such is what is called the “parametric insurance model,” such as the Caribbean Catastrophe Risk Insurance Facility (CCRIF). A public-private partnership, it is designed to get recovery funds into the hands of disaster victims quickly (via their governments) – within weeks, instead of the months or even years it can normally take. It does this by estimating payouts on the basis of the severity of the event, rather than on the individual claims process.

The parametric insurance model idea hits on a crucial point – quick claims payments will be crucial in the coming era. Catastrophic weather events often occur quickly, with little warning, and it can be a matter of life-and-death for victims to receive funds speedily in the aftermath.

A viable claims solution should include proactive management of exposure and responsive service to policyholders for storm losses, or catastrophic events. One-click access to key features, configurable claims rules, intelligent workflow and claims dashboards with drill-down capabilities are also important following a tragedy.

Accurate risk assessment and pinpoint underwriting will be more important than ever and will increasingly include artificial intelligence and machine learning. Insurers who can’t accurately assess the risks will face a huge disadvantage.

“Some insurers are better at understanding climate change than others,” said Jason Thistlethwaite, a climate change economist at the University of Waterloo, in Business Insurance. “These organizations will survive and likely be able to sell climate services to their counterparts struggling to understand the problem. Those that don’t will fail.”

Core system agility and scalability will also help insurers in the climate change era. Massive meteorological events will test insurers’ capacities and will expose legacy systems that weren’t built to quickly scale up.

Climate change will be a major test for humanity. All sectors, including insurers, should start preparing immediately…

We use cookies on our website to give you the most relevant experience by remembering your preferences and repeat visits. By clicking “Accept All”, you consent to the use of ALL the cookies. However, you may visit "Cookie Settings" to provide a controlled consent.
Cookie SettingsAccept All
Manage consent

This website uses cookies to improve your experience while you navigate through the website. Out of these, the cookies that are categorized as necessary are stored on your browser as they are essential for the working of basic functionalities of the website. We also use third-party cookies that help us analyze and understand how you use this website. These cookies will be stored in your browser only with your consent. You also have the option to opt-out of these cookies. But opting out of some of these cookies may affect your browsing experience.
SAVE & ACCEPT
Powered by