Insurance Regulatory Compliance Standards and Beyond

How do regulatory compliance standards get started and which ones apply to your company?

Many companies rely on US state-based regulation for their compliance guidelines, which are generally formed in alliance with the NAIC (National Association of Insurance Commissioners).   The U.S. Department of the Treasury also has oversight in the insurance arena as well.

The Federal Insurance Office (FIO) was established by Title V of the federal Dodd-Frank Wall Street Reform and Consumer Protection Act of 2010 (Dodd-Frank). The FIO is housed within the US Department of the Treasury and is headed by a director who is appointed by the secretary of the Treasury. The office provides expertise on insurance matters to the Treasury Department and other federal agencies and engages in international discussions relating to insurance.  However, FIO is not a regulatory agency and its authorities do not displace the state regulatory guidelines.  The FIO is charged with monitoring all aspects of the insurance sector, including identifying activities within the sector that could potentially contribute to a systemic crisis to the broader financial system, and the extent to which under-served communities have access to affordable insurance products, and the sector’s regulation.

Additional information to be aware of for both US and international companies is the Office of Foreign Assets Control (OFAC), which is also under the Department of the Treasury.  OFAC is on the lookout for bad actors — oppressive governments, narcotics traffickers, terrorists, and other specially designated nationals and blocked persons (SDNs) that pose a threat to national security and disrupt business operations.  OFAC regulations prevent brokers, agents, insurers, and reinsurers from issuing insurance policies and reinsurance contracts involving OFAC targets via the SDN screening process and checklist verifications for insurance applications.   Failure to comply with OFAC regulations (read: issuing policies or paying claims to those on the SDN list) carries significant civil and criminal penalties that can exceed several million dollars.

Even further, the International Association of Insurance Supervisors (IAIS) is a voluntary membership organization of insurance supervisors and regulators from more than 200 jurisdictions that was established in 1994.  It is the international standard-setting body responsible for developing and assisting in the implementation of principles, standards and other supporting material for the supervision of the insurance sector.  The IAIS also works in coordination with the NAIC and many international governments to further insurance regulation standards and compliance guidelines.

Current efforts by all agencies and the US Federal Reserve are working together to synchronize collaborative international guidance, model rules and compliance updates for international review.   Many international governments are asking their business communities to work together to build standards in order to accomplish a common goal of eliminating bad actors from the marketplaces as well as maintaining equitable marketplaces for insurance companies to thrive.   The goal is to find business standards for compliance departments to have a common ground in a global scheme.

For more information on all of these agencies and their coordinated policies with respect to all types of insurance companies, please see the NAIC resource page. 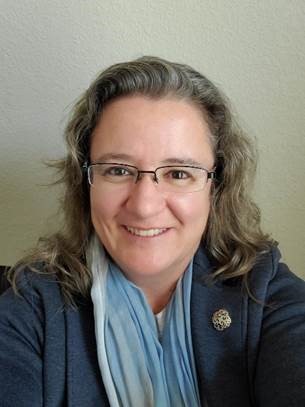 Sharlea Taft is the NAIC Liaison for Sapiens and responsible for keeping up with regulatory changes and updates from the NAIC. Sharlea's background includes over 17 years in insurance and regulatory experience working with insurance companies and securities filings. She holds a Masters in Business Administration and has a Professional in Insurance Regulation from the NAIC.